ROBERT TROSCH, 84, of St. Clairsville, OH, died Friday, August 7, 2020.
No service will be held.
Condolences to the family may be made by signing the guest book above .

Entries made in guest book may be viewed by others.

KENNETH EARL (KENNY) GRATE, 69, of Martins Ferry, OH passed away Monday, August 31, 2020.
Kenny was born in Salem, OH on March 22, 1951, a son of Emily Woolard Grate of Washington, NC.
He was a retired police officer, D.A.R.E. Instructor, and a School Bus Driver for the City of Martins Ferry. He was a member of First Christian Church of Martins Ferry. Kenny served in the U.S. Navy during the Viet Nam War.
He was preceded in death by his father, William Grate.
In addition to his mother he is survived by his wife, Marianne (Scheehle) Grate; two brothers, Allen and Bill Grate; two sisters, Brenda Afton and Cynthia Grate; two beloved pets, Piper and Penny; numerous nieces and nephews.
Arrangements have been entrusted to Keller Funeral Home, 615 Hanover Street, Martins Ferry where friends will be received Saturday, September 5, 2020 from 11:30-1:30 p.m. Graveside service will be held at 2 p.m. at Riverview Cemetery, Martins Ferry with Rod Kasler officiating.
Belmont Co. Veterans Association will give military honors at the cemetery preceding the service.
In lieu of flowers memorial donations may be made to Belmont Co. Animal Shelter, 45244 National Road, St. Clairsville, OH 43950.
Condolences to the family may be made by signing the guest book to the right of Kenney's photo
We will be observing mandatory face coverings and social distancing at all times.
Entries made in guest book may be viewed by others. 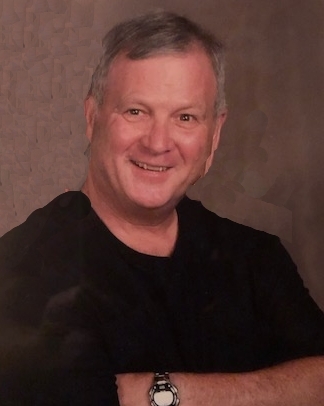 DOLORES "Dee" TERESA (TEMPLIN) DONALD, 83, of St. Clairsville, OH passed away September 3, 2020 at Kobacker House in Columbus, Ohio.
Dolores was born in Wheeling WV, September 21, 1936. She was the daughter of the late George and Helen Templin.
She was preceded in death by her husband Robert T. Donald, who shared 36 years of absolute love and devotion to each other and their family.
She is survived by her children, Craig Bierkortte, Paul (Denise) Bierkortte, Darlene (Ross) Kleiner and Beth (Jim) Matuska, 8 grandchildren and 2 great-grandchildren. Also, her brother George Templin, her sisters Phyllis (Paul) Robey and Sharon (Joe) McCutcheon.
She was retired after 20 years of dedicated service to the Ohio Department of Job and Family Services in St. Clairsville, OH.
She was an amazing mother, grandmother, sister and good friend to many. Her love and devotion to helping and caring for others was unconditional.
In lieu of flowers, memorial contributions may be made to the House of the Carpenter, 200 S Front St. Wheeling, WV 26003 or St. Jude's Children's Research hospital.
The family would appreciate any condolences by signing the guest book to the left of Dee's photo.

Entries made in guest book may be viewed by others. 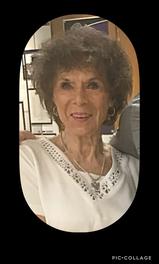 20
​Entries made in guest book may be viewed by others.

DAWNISHA ANNETT MENOUGH, 31, of Bellaire, OH, passed away Friday, October 9, 2020 at her residence.
She was born in Bellaire, OH on January 7, 1989, a daughter of Donald Charles Menough of Bellaire, OH and Georgette (Carter) Menough of Brookside, OH.
She was preceded in death by her maternal grandmother, Annette  Fitzhugh Carter and maternal grandfather  George Carter
In addition to her parents, she is survived by son, Jaron King, Jr.; four daughters, Nevaeh Menough; J'rya King; Maleigh Menough and Katalaya Menough; two brothers, Zachery and Alec Menough; sister, Elizabeth Gibson and numerous uncles and cousins.
Friends will be received at the Tree of Life Church, 801 Virginia Street, Martins Ferry, OH on Friday, October 16, 2020 from10 until time of service at 1 p.m. with Pastor James Agnew, III officiating.
The family requests that proper social distancing measures be adhered to and a mask be worn during visitation and the funeral service..
In lieu of flowers memorial donations may be made to Keller Funeral Home to help defray  funeral expenses.
Condolences to the family may be made by signing the guest book to the left of Dawnishas' photo. 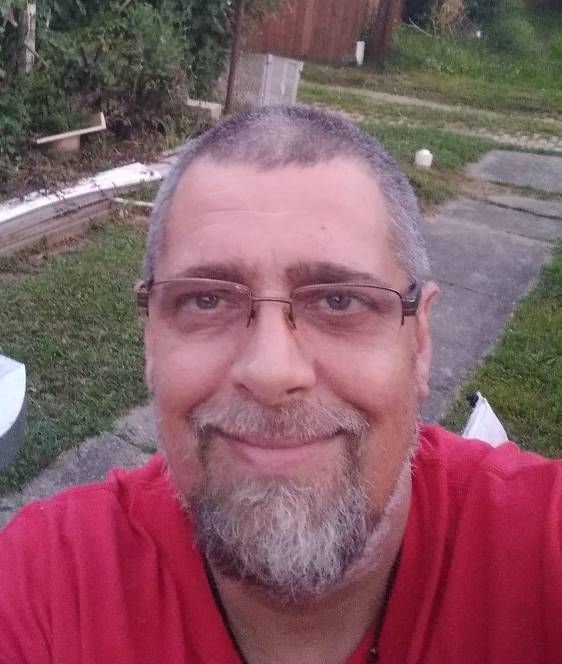 After a courageous battle with pancreatic cancer, Shirley Ann (Tankovits) Moczek, 82, of Glen Dale, West Virginia, formerly of Martins Ferry, Ohio, passed away at her home on September 21, 2020, surrounded by her loving family.
Born September 24, 1937, in Martins Ferry, Ohio, to the late Joseph and Anna (Smith) Tankovits, Shirley was a 1955 graduate of St. John Central High School in Bellaire, Ohio. There, she met the love of her life, Paul R. Moczek. Together with Paul they raised four daughters: Paula (Marty) Spanner of Bethel Park, Pennsylvania; Jayme (Perry) Nardo of Shadyside, Ohio; JoEllen (Lou) Pytlak of Glen Dale, West Virginia; and Dawn (Todd) Zelczak of Cincinnati, Ohio.
Shirley was a loving and proud grandmother (Mamie) to her “Baker’s Dozen:” Marty (Sarah) Spanner, Matthew (Emily) Nardo, Benjamin (Alison) Spanner, Bryan (Emma) Nardo, Kaitlyn Pytlak, Natalie Spanner, Kyle Pytlak, Daniel Spanner, Hannah Pytlak, Luke Nardo, Riley Zelczak, Steven Zelczak, and Audrey Zelczak. Her joy of life can be seen through the eyes of her four great-grandchildren: Bianca, Oliver, Joseph and Dominick.
In addition to her parents, Shirley was preceded in death by her husband Paul of 56 years, a brother Joseph "Sonny" (Jean) Tankovits, and brother-in-law George W. "Bill" Collignon.
Surviving is her sister: Marlene (Tankovits) Collignon -- as well as several special nieces and nephews.
Shirley worked for the city of Martins Ferry as the secretary to the Mayor in the late 1950s. She later was an administrative assistant to Green International of Sewickley, Pennsylvania.
Shirley was a lifelong member of St. Mary’s Catholic Church in Martins Ferry, Ohio. In 1988, Shirley and Paul founded the St. Mary’s chapter of the Infant of Prague Society, bringing faith and hope to hundreds of Catholics in the Ohio Valley for the past 3 decades.
The family will honor Shirley’s memory with a private viewing on Thursday, September 24. Respects can be made in the vestibule of St. Mary’s Church from 10-11 am Friday, September 25, prior to Mass of Christian Burial at 11:00 am, concelebrated by Rev. Thomas Marut and our special family priest, Rev. Thomas Magary.
The family requests that proper social distancing measures be adhered to and a mask be worn during visitation and the Mass.
Arrangements have been entrusted to the Keller Funeral Home, 615 Hanover St., Martins Ferry, Ohio.
In lieu of flowers, donations may be sent to: St. Mary’s Infant of Prague Society, 20 N. Fourth St., Martins Ferry, OH 43935, to help fulfill Shirley’s dream of building a Shrine to The Infant of Prague.
Condolences to the family may be made by signing the guest book to the left of Shirley's photo.
Entries made in guest book may be viewed by others.
KATHLEEN HUGHES, 56, of Wheeling, WV , died Wednesday, September 23, 2020.
Kathleen was born in Tulsa, OK on August 11, 1964, daughter of the late, James and Ketora (Russ) Hughes
She was a member of Metropolitan Baptist Church of Wheeling, WV.
She was preceded in death by her husband, Robin Johnson.
She is survived by four daughters, Robin K., Romanita N., Tacara T. and Kathleen K.  Hughes; son, Robin K. Johnson;  grandchildren,  Robin, Khaliyah, Raven,  Khylah D, Kaylani and  Aziza.
At the family's request there will be no visitation.
A memorial service will be held at a date to be announced.
Condolences to the family may be made by signing the guest book to the left of Kathleen's photo. 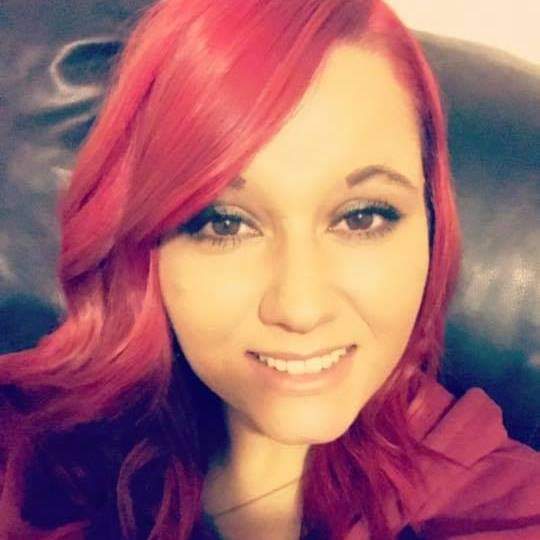